What a difference the right air system makes?

What a difference the right air system makes?

When you purchase a new car and the engine light illuminates as you drive off the lot, it would be considered a lemon. It has many manufacturing defects and those defects effects its performance. Unfortunately, even hundred-thousand-dollar asphalt plant equipment can be lemons.

A large multi-national asphalt producer purchased a new counterflow drum mixer plant four years ago and after installation and making mix, they discovered the plant was not producing at the rated production. The plants nameplate had a production rate of 400 TPH for their large demand in production and needed 250 TPH to meet production and private sales needs. The most they could produce on a good day with 15% RAP was 170 TPH.

After requesting assistance and repairs from the original manufacturer, which are less than two hours away, the manufacturer response to the problem was less than ideal. It was stated that the issues were occurring because of operator error and incorrect moisture content in the mix. It was then, that the asphalt producers decided to turn to other sources for other opinions.

The Stansteel/Hotmix Parts engineering team were contacted and visited the plant to review the components to see if anything immediately jumped out to them that would be causing such a flow production rate. After a thorough review, it was observed that the baghouse on the plant ran a very high pressure drop. This was causing not enough air to combust the fuel and evacuate the products of combustion.

It was decided that the best form of action would be to integrate new pieces of equipment into the existing setup to allow for more airflow. The 3-year-old reverse air baghouse would be replaced with an efficient integrated Pulsemaster Stansteel baghouse, new duct work, exhaust fan and air system. 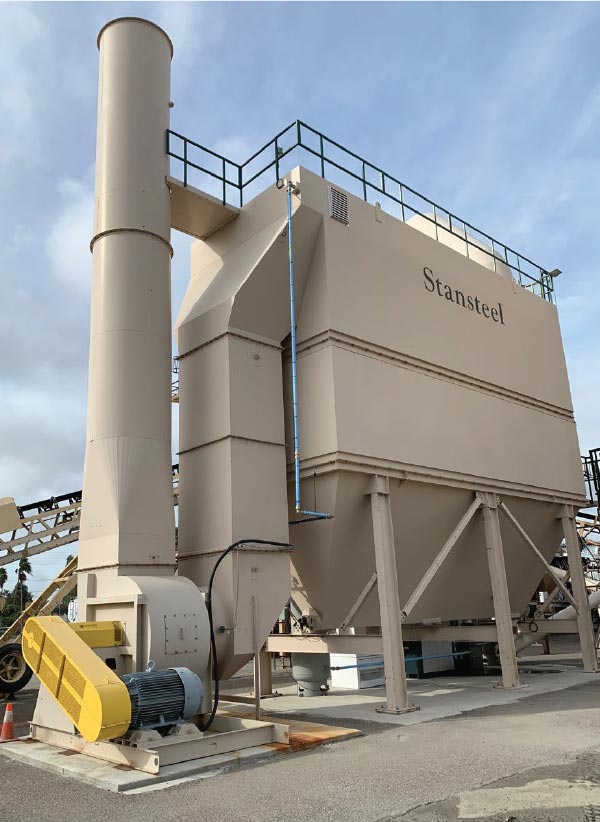 After the completion of installation of the newly integrated equipment, the asphalt producers saw a dramatic increase in production. While running higher than ever moistures, they were able to produce over 270 TPH and increase their recycle percentage to a remarkable 40% vs. the former 15%. The integration of the new equipment to their existing equipment allowed these producers to maximize their plant efficiency and keep up with their demanding and changing market.

Although this company had difficulty with their lemon equipment in the beginning, the capabilities of integrating new equipment into existing equipment saved the operation valuable time and less production loss. With the increase in RAP usage and production, the producer was able to receive the payback on the entire baghouse air pollution system in then seven months. Making for one great running plant.