Problems maintaining heat in the A.C. Tanks even with the heater running non-stop!

Problems maintaining heat in the A.C. Tanks even with the heater running non-stop!

The Stansteel and Hotmix Parts & Service Team was contacted by a customer in hopes of figuring out what was wrong with their plant and hot oil system. They had a horizontal A.C. tank and a 30,000-gallon vertical A.C. tank from Brand X. Their hot oil heater had a 2.2M BTU output capacity. The heater was literally running constantly and having a very hard time maintaining the temperature in the tank, even though they were getting at least 300° temperature delivery from the A.C. terminal.

Our team traveled to this site and took tests and readings on equipment and monitored the operation to gather some insightful information. Once at the asphalt plant and able to observe their situation, it was recommended to add another 30,000 Tru-Stor Tank and new hot oil heater from Stansteel and Hotmix Parts. What was interesting on the new hot oil heater was it only needed to be a 1.5M BTU heater to accomplish heating the tank and circulation system. 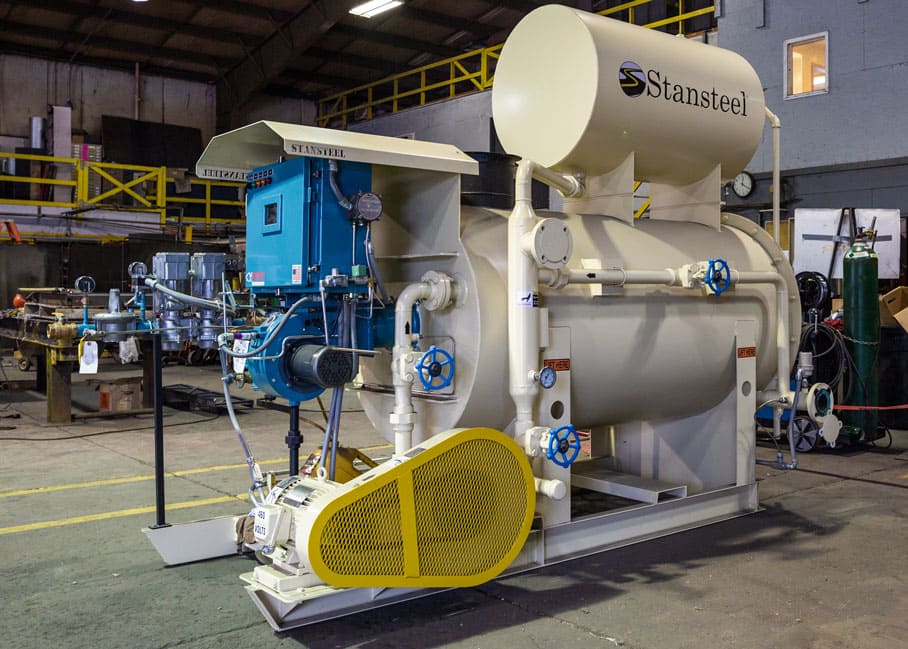 The customer was confused by this. They previously had a 2.2M BTU heater that wouldn’t keep up, how could a 1.5M handle the larger heating task? It was explained that there were a series of problems, but the old heater was inefficient because it had a high stack temperature and they had not put fresh heat transfer oil in for years, maybe even decades. The pipes on much of the system were clogged and they could not get the heat transfer through the system. Upon the installation, they used Liquid Hammer to circulate through the lines to help clean out all the coking, build-up and gunk and used new heat transfer oil. They ran the Liquid Hammer through the system and got approximately four 55-gallon drums of sludge out of the system and had to repeatedly go to the filters that were circulating the oil to clean them out.

After installation of the 1.5M BTU heater, everything worked as it was supposed to. They even had the back-up of the Hotmix Parts NiteOwl Plant Alert so that anytime they would lose temperature below a set-point or trip out, it would call and notify the operation personnel of a low A.C. temperature. The Stansteel 1.5M BTU heater has a modulating burner and operated only 45% of the time. One other interesting item is that, even though the Brand X tank on site was supposedly a 30,000 gallon tank, the Stansteel Tru-Stor Tank adjacent to it was the same diameter, but approximately 6’ taller. Successful installation and the customer is pleased with the performance.