Whether you are planning to keep your asphalt plant for three years or 30 years, we would appreciate the opportunity to partner with you to help fine-tune your operation and assure that you meet your hotmix production demands.

There are hundreds of factors required of an asphalt plant and keeping them all straight can be difficult. It doesn’t matter the configuration of your set-up – whether it is a batch plant, a parallel flow or counterflow drum mix, Stansteel has the expertise to assist you in determining the best way to improve your plant’s continuously changing needs.

We provide options to get you and your company the best return on investment when it comes to asphalt plant equipment. We offer new and used components, service on all types of manufacturers and excellent customer service.

In addition, we are very fortunate to have a team of people with extensive knowledge about every aspect of an asphalt plant. Be it material handling, heating, drying and mixing, combustion and air control, liquid asphalt pumping, metering, foaming and on-site blending or electronic control systems, Stansteel has the expertise to help you improve your operation and make your plant run better.

We are all about taking the time to talk with you and assess your unique situation. It is our goal to evaluate every job differently and give recommendations based on the best way to solve your problem.

Here are some recent cost-saving solutions that demonstrate our passion to help our customers get what they need through our cooperative re-engineering of asphalt plants and components: 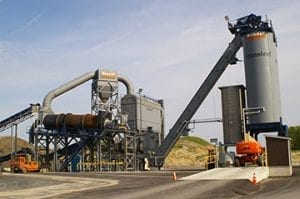 The market conditions were right for an investment in a new plant technology capable of allowing the producers to run a significant amount more of recycle and a lot more tons per hour. 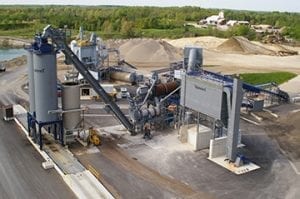 In excess of $2 million. 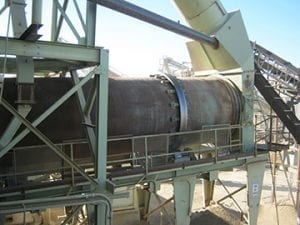 Based on a very stringent environment and permitting requirements, the customer faced a dilemma because they still had to attempt to supply recycle material even though having an older style batch plant. There could be changes and upgrades to the plant, but not any major change in process or burner size or other significant modifications.

With the engineers of the producer, the technical team at Stansteel devised a method of significant upgrade including: 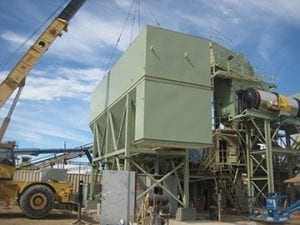 Result was a plant capable of producing in either batch mode or continuous mode and with recycle percentages running up to 40% for private work and raising the plant production rate capability to a nominal 350 TPH from the prior 225 TPH.

How can you afford to upgrade two plants to 21st Century high recycle technology? 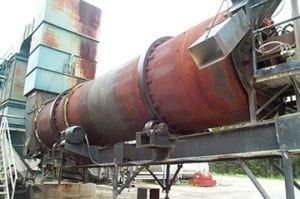 A very successful family-owned company in the northeast was faced with knowing that there was a move by other contractors in their state to upgrade to be able to run more recycle materials. They were fortunate to have a good established network of plants in two different states, but were seeing other competitors moving from parallel flow drum mixers to counterflow. It did not appear that they could run very much recycle with their drum mixers because one was a Barber-Greene of a nominal 8’ dia. x 30’ long and another was a Cedarapids 88” dia. x 28’ long. Even if equipping these with recycle feed bins and other components, they were very concerned about the cost of the upgrade, but their limited ability to compete at a decent recycle percentage because of blue smoke and running high temperatures of their virgin aggregates. The cost to change out two plants to complete new counterflow drums would be prohibitive and limit the capital funds that they could spend throughout their company since they were multi-dimensional doing production, paving and operating quarries in several locations.

After analysis by the Stansteel/Hotmix Team:

The Stansteel/Hotmix Team traveled to and evaluated several of their plant locations. In at least two of the locations, it was found that the customer had adequate air pollution baghouses, adequate hotmix storage silos and slat conveyors and many other components that could certainly be reused in a conversion to counterflow drum subcomponents. 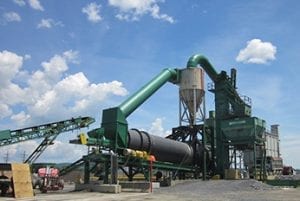 The recommendation was to modify the sites and put in the latest counterflow drum technology from Stansteel/Hotmix Parts. This included a nominal 114” dia. x 50’ long counterflow drum, recycle feed bins, new burners, transfer conveyors and screens for the recycle equipment and a complete layout, drawings and schematics to fit these into the existing sites. Both conversions were made within six months and now the contractor has the ultimate in 21st Century technology and can compete with anyone in the marketplace. The total expenditure was only 60% of one all new counterflow drum plant complete. Now the family business operation can invest capital for many other needs and requirements.

Upgrade instead of replacement saved over $4 million per plant – a total of $8 million. Same end-result ability to produce quality, high RAP mixes.

Producer was challenged severe corrosion and deterioration in top portion and cleaning module on baghouse. After evaluation and investigation by the producer and Stansteel engineers, it was determined they had several conditions including higher sulfur in waste fuel and some material processing conditions that were highly corrosive. Another condition, they could experience some significant temperature changes during the production season.

With the engineers of the producer, the technical team at Stansteel devised a method of significant upgrade including:

A company operating in multiple states had contacted Stansteel/Hotmix Parts to help them plan to buy a new plant. When our technical team started asking questions about the existing plant and what the problem was, the customer said he ran very inconsistent mix and he’d been fighting it for a very long time plus his CMI Triple Drum had been repaired and cobbled a lot and knew that it was at the end of the line. Clearly he decided it was time for a new plant. Some members of our technical team traveled to the job site, started looking over the equipment and found that the cold feed bins and RAP feeds were in very good condition, both solid walls, belt conveyors, screens and more. They also found that there was nothing wrong with the drum frame or burner. There was nothing wrong with the air pollution control baghouse, which is often undersized, and their liquid A.C. storage and pumping equipment was quite acceptable. On reviewing this with the customer, the Stansteel/Hotmix Team asked why do you want to get rid of some good, serviceable equipment.

After the customer decided that he didn’t really want to spend $5 million on a new plant and he could certainly use some of his capital investment money for other facilities or other strategic business units, the Stansteel/Hotmix Parts Team came up with an analysis and a value-added proposal.

The drum shell itself with seals, trunnions and other items would be replaced with a Stansteel RAP Eater high capability recycle drum. It had the capabilities of processing virgin and RAP material and eliminate a lot of the old combustion chamber and other problems of the former design. In addition, there was nothing wrong with their control house; it was mainly the control system that had gone through a lot of changes and was no longer supported by the manufacturer. The producer could not make repeatable mix and even was subjected penalties on several jobs. Stansteel/Hotmix Parts recommended a conversion to the Accu-Track Total Plant Control. The Stansteel Accu-Track has been proven in all brands of plants throughout the country and has decades of software to both accommodate individual state requirements and also help the customer hit dead-on the specifications required. 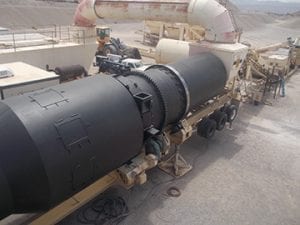 The other very valuable benefit of the Accu-Track Total Plant Control is that it not only allows the customer to program a setpoint production rate and blending percentages, but tracks all of the key items – motors and speeds. There’s a redundancy built in that if a feeder is instructed to operate at a certain speed, of course, the signal is sent for the motor to operate at that, however, there is a closed back loop by reading a separate tachometer on the tail shaft to verify that it is operating in that range. This is accomplished for other critical items liked the liquid A.C. percentage and many other interlocks such as dust level in baghouse, main slat conveyor still operating and continuing to provide material flow and hundreds of other items of tracking and input.

The customer made the conversion in a scheduled downtime and was delighted to have excellent performance on the equipment and the additional benefit of saving $4 million or more.

We Have Custom Solutions for You.

Get in touch with us and we will reply promptly to your inquiries and requests.

Only takes a few seconds!